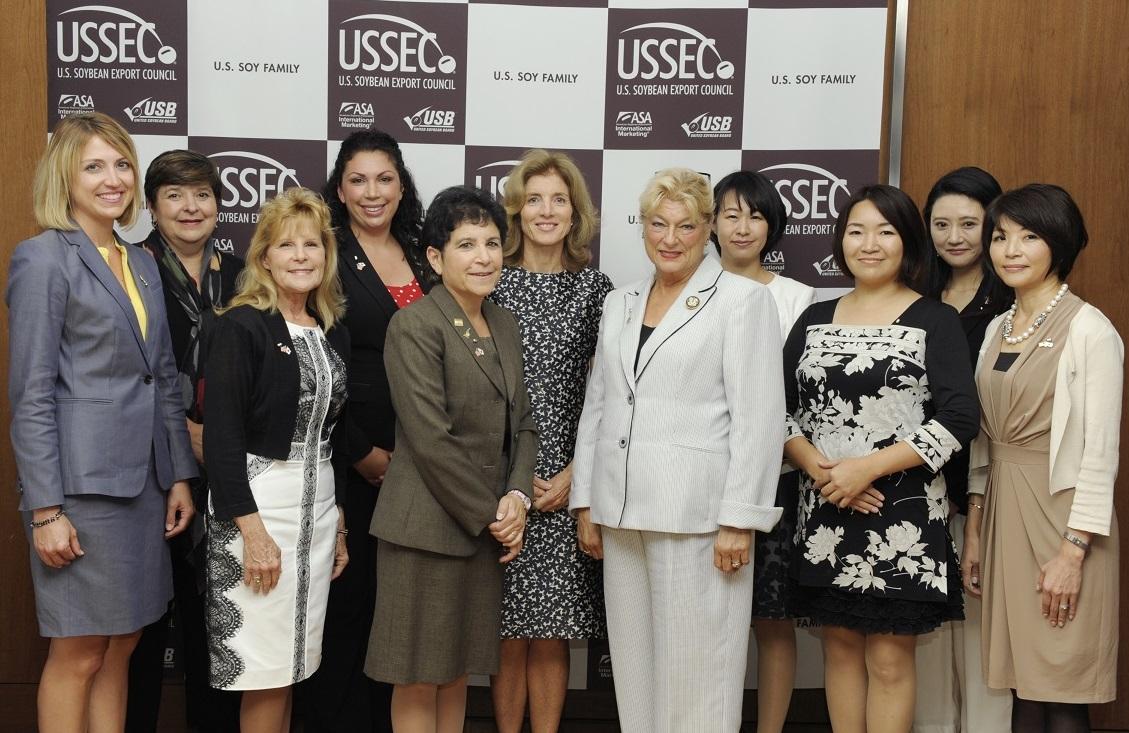 The American Soybean Association opened its first overseas representative office in Tokyo in 1956. Since then, the U.S. soybean industry has been working in partnership with the Foreign Agricultural Service to create market opportunities for U.S. soybeans and soybean products in Japan.  On September 12, 2016, the U.S. Soybean Export Council (USSEC) hosted a reception in Tokyo to mark the industry’s six decades of work in Japan.  Approximately 250 industry partners were in attendance and the even featured remarks by dignitaries including U.S. Ambassador to Japan Caroline Kennedy and Japan Oilseed and Processors Association President Takao Imamura.

A number of women leaders who represented USSEC at the reception and also took part in a luncheon dialogue on women in leadership with female members of Japan’s oilseeds and soybean industry.