U.S. Fresh Beef Back in Brazil! 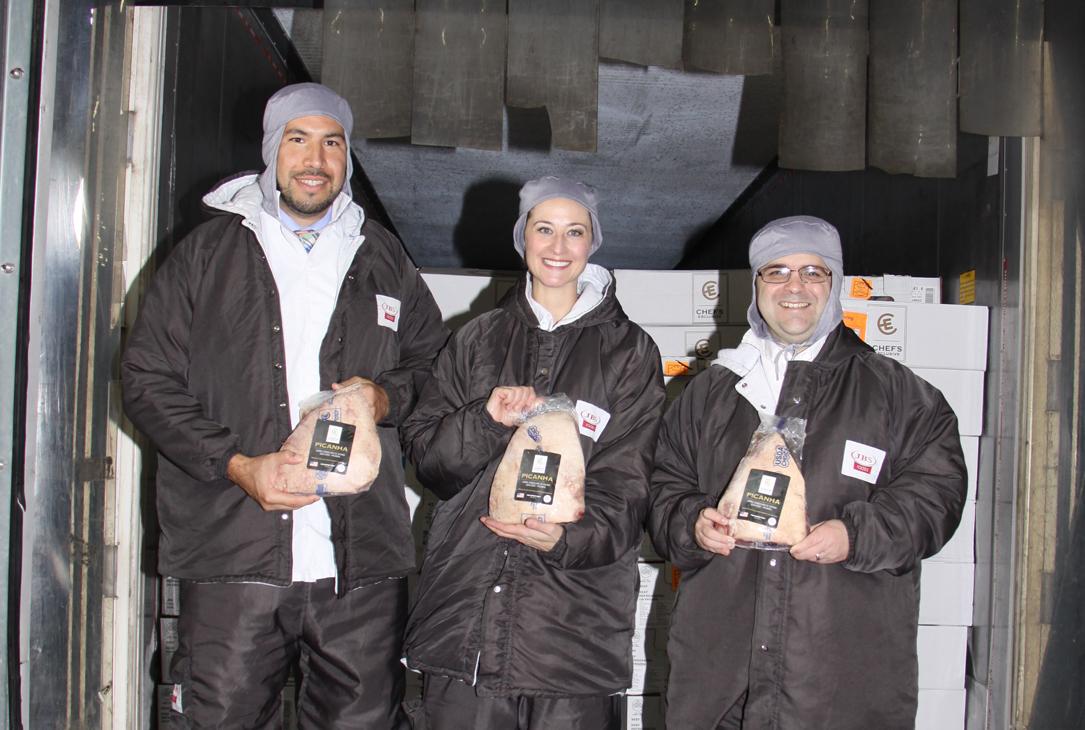 U.S. fresh beef exports are back in Brazil! Following a 13-year hiatus, the first shipment of U.S. fresh beef arrived in Brazil ushering in promising long-term market opportunities for the U.S. beef industry. In 2016, the United States exported $6.3 billion in beef and beef products globally. With Brazil’s large market reopened to the United States, U.S. beef exports are poised for new growth.

Brazil closed its market to imports of U.S. fresh beef in 2003 over concerns about bovine spongiform encephalopathy (BSE). Since then, the U.S. Department of Agriculture’s (USDA) Foreign Agricultural Service (FAS) and Animal and Plant Health Inspection Service worked continuously with Brazilian officials to regain market access. Additionally, USDA’s Food Safety and Inspection Service (FSIS) has provided documentation and information on the U.S. food safety requirements and standards for beef. Following numerous technical discussions and meetings, Brazil officially reopened the market in August 2016 based on the United States’ classification by the World Organization for Animal Health (OIE) as a negligible risk country for BSE.

As the U.S. agriculture industry witnesses this first shipment of fresh beef arriving in Brazil, it’s the ideal time for U.S. exporters to re-engage in marketing efforts in the country. Currently, Brazil’s main suppliers of fresh/chilled beef are Paraguay, Uruguay and Argentina – both because of their proximity to Brazil and because they enjoy duty-free access as a result of the Mercosur customs union. From 2014-2016, Brazil imported an average of $296 million of fresh/frozen beef, or 50,000 metric tons, annually. Despite the competition from Mercosur countries and a 10-percent tariff differential for countries outside the customs union, the United States is in a great position to compete in the Brazilian market thanks to the ability to target high-end consumers.

The FAS Agricultural Trade Office in Sao Paulo recently launched the #USFoodExperience – a market promotion campaign to support the branding and promotion of U.S. food and beverage products in Brazil, including U.S. beef.  Brazil boasts a population of more than 206 million people, with more than 40 percent of the population in the middle class and 16 million high-end consumers.  Despite the country’s current economic crisis, it is a promising market for U.S. high-value products, like fresh beef. Brazilians are familiar with the quality and diversity of U.S. food products and there is a demand for high-quality cuts of beef in both the foodservice and high-end retail sectors.

Since Brazil first announced the reopening of its market to U.S. fresh beef, USDA has worked with Brazil’s Ministry of Agriculture, Livestock, and Food Supply on the food safety protocols and label approval process for U.S. firms wanting to ship to Brazil. An agreement was reached in December 2016 that met Brazil’s product labelling approval requirements. Visit the FSIS Export Library for updated information on Brazil’s export requirements for U.S. meat, poultry and processed egg products, including detailed instructions for shipping U.S. fresh beef and beef products to Brazil.

In honor of World Teachers’ Day, USDA’s Foreign Agricultural Service is celebrating some of our fellowship recipients who are teaching agricultural education in Ghana and helping shape the minds of tomorrow’s agricultural producers, entrepreneurs, and global leaders.
Feature