In 2020, the Philippines was the ninth-largest destination for U.S. agricultural exports, totaling $3.2 billion. This represents a 9-percent increase from 2019 and set a record for U.S. agricultural exports to the Philippines. The United States is expected to be the Philippines’s top supplier of agricultural goods with 23 percent market share, followed by the EU27+UK with 11 percent. The Philippine applied most-favored nation tariffs are among the lowest in the region and often close to the preferential rates offered to U.S. competitors. The largest export increases in 2020 were seen in dairy products, wheat, and soybean meal, up $137 million, $118 million, and $111 million, respectively. Exports of prepared foods rose 15 percent to $127 million and exports of pork products grew 23 percent after declining in 2019. Processed vegetables, poultry meat & products (excluding eggs), and beef & beef products declined in 2020 by $55 million, $38 million, and $26 million, respectively. 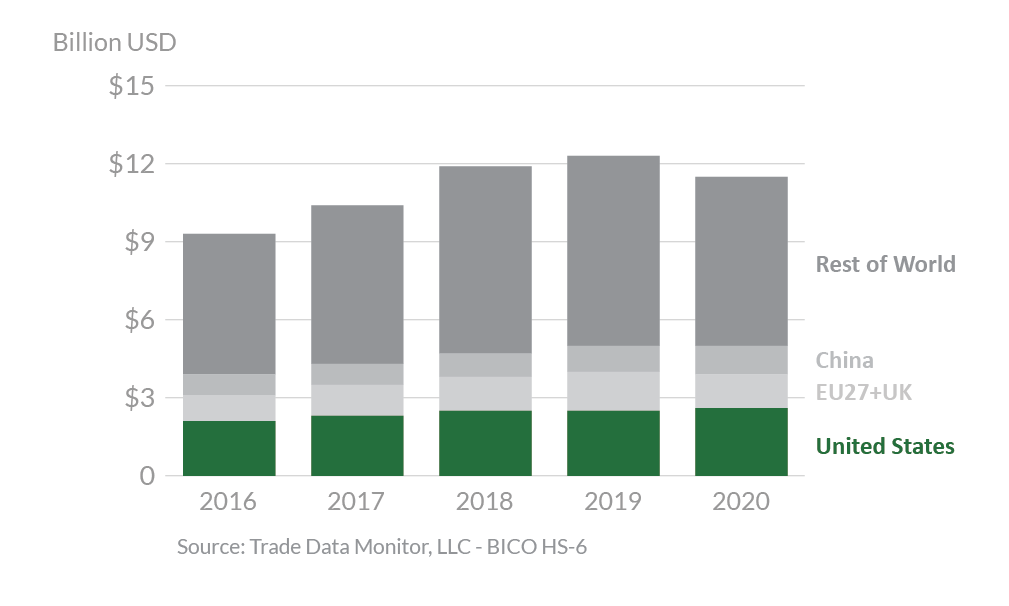