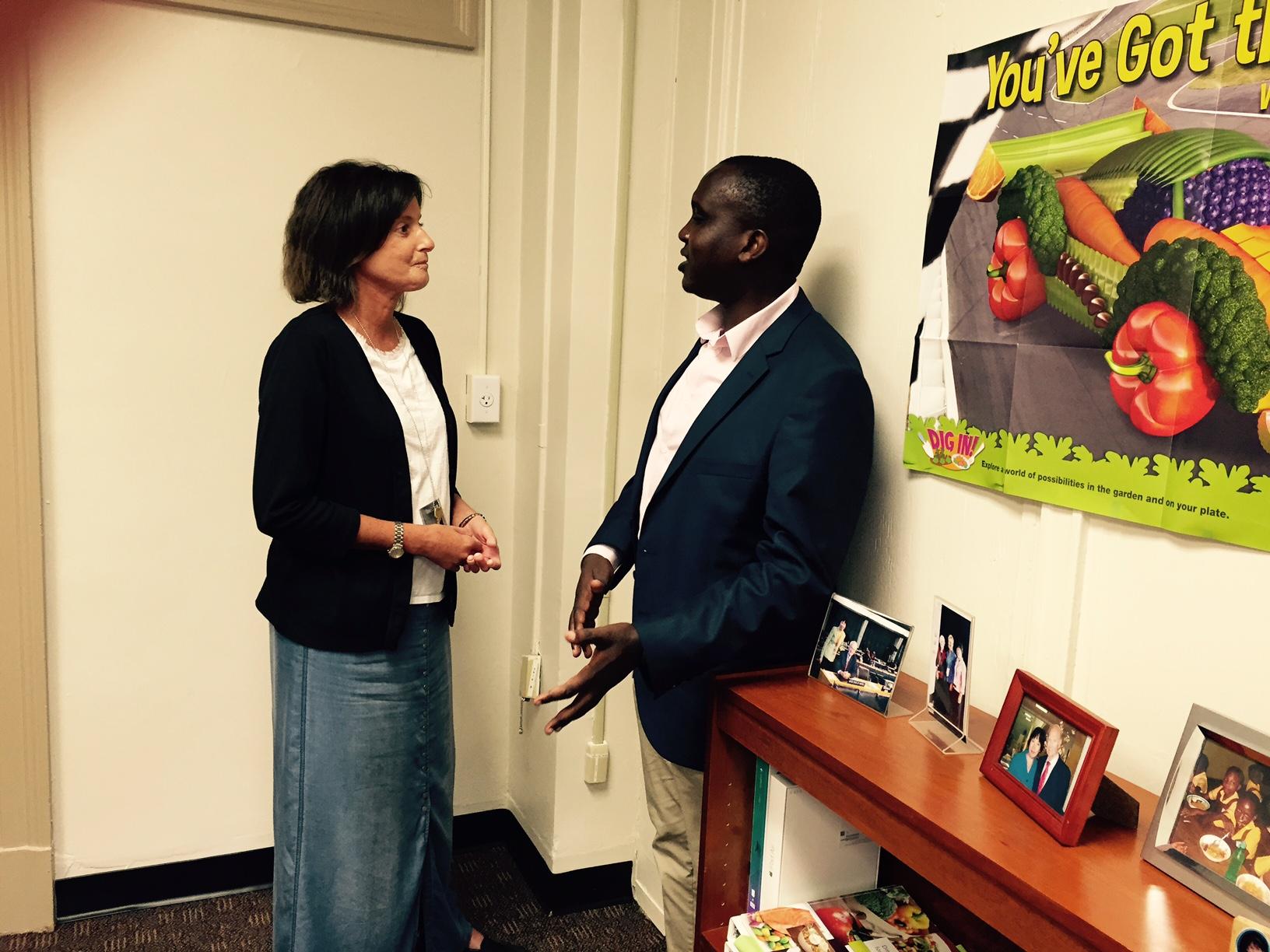 As a young boy in eastern Kenya, Peter Mumo faced a life of poverty, hunger and illness. That is until he started receiving school meals at the age of nine through the McGovern–Dole International Food for Education and Child Nutrition Program. After that, his life turned around. He started to gain weight, his health improved and he began doing well in school.

And now, at age 28, he is in Des Moines, Iowa, to take part in a six-week business and entrepreneurship training program hosted by Drake University as part of the Mandela Washington Fellowship. The Fellowship is the flagship program of the Obama Administration’s Young African Leaders Initiative that empowers young people through academic coursework, leadership training and networking.

On his way to Des Moines, Mumo stopped off in Washington to tell his story and to thank the U.S. Department of Agriculture for the support he received through the McGovern-Dole Program. “When I was in need someone stepped up and made a significant difference not just for me, but for my entire community. I never dreamed  I’d be in a position to help others one day,” Mumo says.

Mumo said he was impressed by how the McGovern-Dole Program helped all of his classmates.

“Not just the boys benefitted, but the girls, too,” Mumo said. “Healthy and educated girls help not just their families, but the entire country.”

“He’s a great spokesman for the McGovern-Dole Program,” said Amy Harding, deputy director of the FAS Food Assistance Division. “It’s wonderful to have someone whose life was changed by the program come here and tell his story.”

After he started receiving McGovern-Dole school meals, Mumo’s grades improved along with his health. He went on to get an engineering degree from Moi University in Kenya. He helped design programs to improve water harvesting and storage systems for farmers and developed a support service connecting farmers across Kenya to improve agricultural productivity. Currently he is developing a web-based application to help farmers use the service.

“I was in need and someone came in and made a difference for me and my entire community,” Mumo said. “Now I’m in a position to help others one day.” 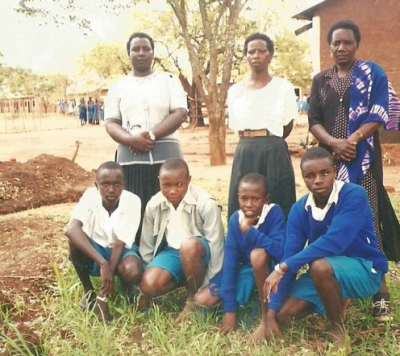