Talking Trade in the Sunshine State 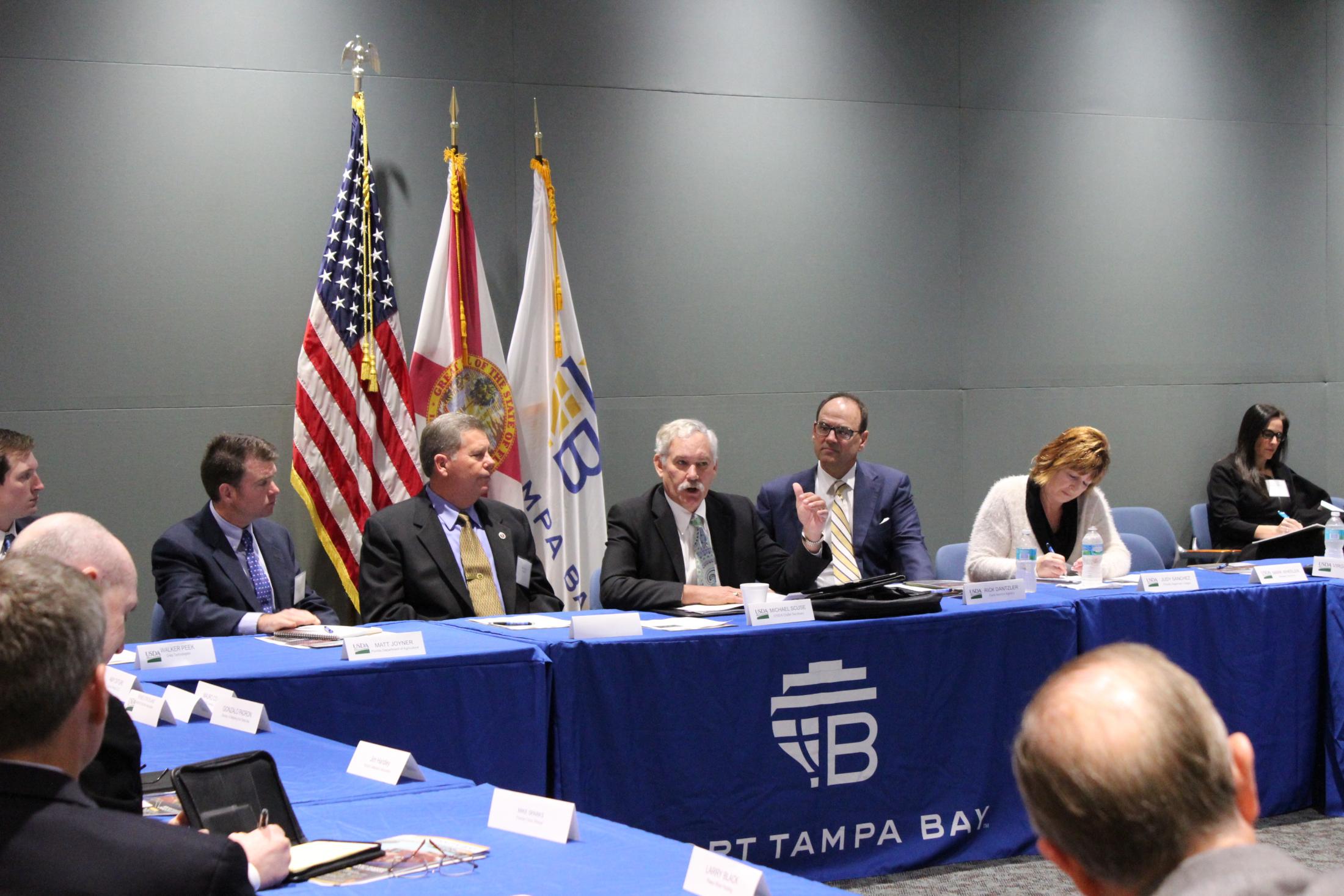 USDA Under Secretary Michael Scuse talks with Florida agriculture leaders at the Port of Tampa about the importance of Trade Promotion Authority.

Recently, I had the pleasure of hosting USDA Farm and Foreign Agricultural Services Under Secretary, Michael Scuse, here in Florida for an agricultural trade roundtable. Mr. Scuse met with more than 25 Florida agriculture leaders at the Port of Tampa to discuss trade issues and talk about Trade Promotion Authority (TPA).

Mr. Scuse emphasized that what happens in 2015 will shape the future of U.S. agriculture and we need to take the initiative on trade, particularly TPA.

Florida’s agricultural exports reached an estimated $4.4 billion in 2013, up from $3.1 billion in 2009. Florida’s exports help boost farm prices and income, while supporting about 33,000 jobs both on the farm and in related industries such as food processing, transportation, and manufacturing. While these numbers are good, there is still more work to be done.

Under Secretary Scuse discussed trade authority and the Pacific trade agreement with the leaders representing over a dozen Florida agriculture organizations, including Florida Citrus Mutual in Lakeland, the Maitland-based Florida Fruit and Vegetable Association, the Florida Cattlemen’s Association in Kissimmee and the Southeast Milk Cooperative in Belleview, which represents most of the state’s dairy farms.

The trade roundtable was a very productive meeting, with great questions and comments from leaders in Florida agriculture. We are listening to our farmers and ranchers and working to give them the new opportunities they need. USDA is doing everything it can to open markets for the best products found anywhere in the world, those produced by American farmers and ranchers.

A number of the Philippines’ top agricultural leaders share a common bond: They are alumni of USDA’s Cochran Fellowship Program. They came together during the FAS trade mission in Manila last month to discuss how their fellowships have shaped their careers and the future agriculture in the Phillipines.
Feature

FAS International Staff Get a Taste of Louisiana Agriculture

Local staff from FAS international offices were in the United States recently to see firsthand how U.S. agricultural systems and processes work.